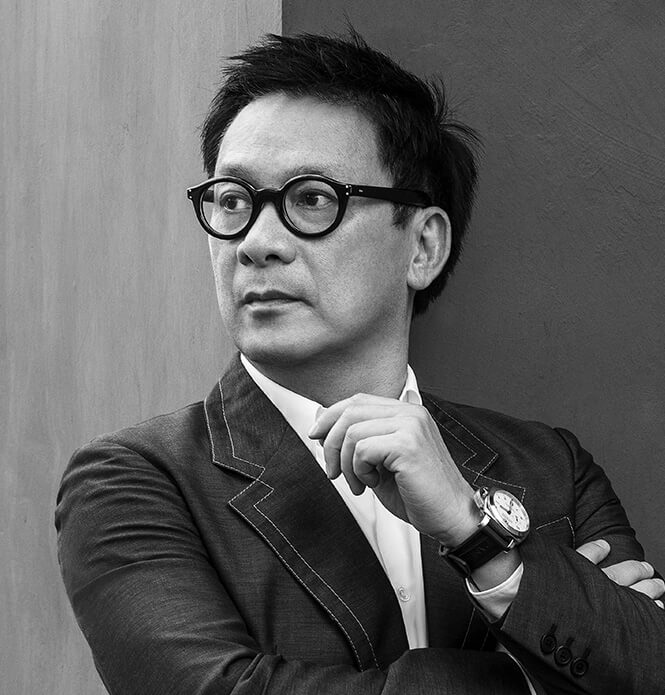 Perfect proportions and rich tactile detailing
Steve Leung is an internationally recognized architect, interior designer and product designer based in Hong Kong. As a dedicated contemporary style advocate, Steve’s works reflect a sophisticated minimalism, with skillful adoption of Asian culture and arts. Over the past 20 years, Steve has led many extensive projects that have received worldwide acclaim and fame. In 2015, Steve was honored with the Andrew Martin International Designer of the Year Award. He has also won the Andrew Martin International Design Award 13 times since 1999. Steve Leung was named one of The 50 Most Influential People of the Year by INTERNI in 2015, in addition to being one of FORBES China’s 30 Most Influential designers. Steve and his team have been credited with over 130 design and corporate awards in Asia Pacific region and worldwide, such as the Asia Pacific Property Awards, Commercial Interior Design Awards, FX International Interior Design Awards, IIDA Annual Interior Design Competition, Interior Design Best of Year Awards, Gold Key Awards and the US Hospitality Design Awards. Steve has also been invited to be the juror of some of the most authoritative design awards including the Asia Pacific Interior Design Awards, iF Design Award China, red dot award: product design, China Property Awards and iF Communication Design Award. Globally recognized, Steve was invited to join yoo, an international acclaimed design company founded by property entrepreneur John Hitchcox and Philippe Starck. As Creative Director Creative Director of ‘Steve Leung & yoo’. Steve has served the interior design industry in many capacities with enthusiasm. Steve is the President-elect of International Federation of Interior Architects/Designers (IFI), the Executive Director of Design Committee at China National Interior Decoration Association (CIDA) and Adjunct Professor of HKU SPACE. In 2014, he joined hands with interior designers from Mainland China, Hong Kong and Taiwan to establish the “C Foundation” to promote the education and the development of the design industry.